What All Birds Sing 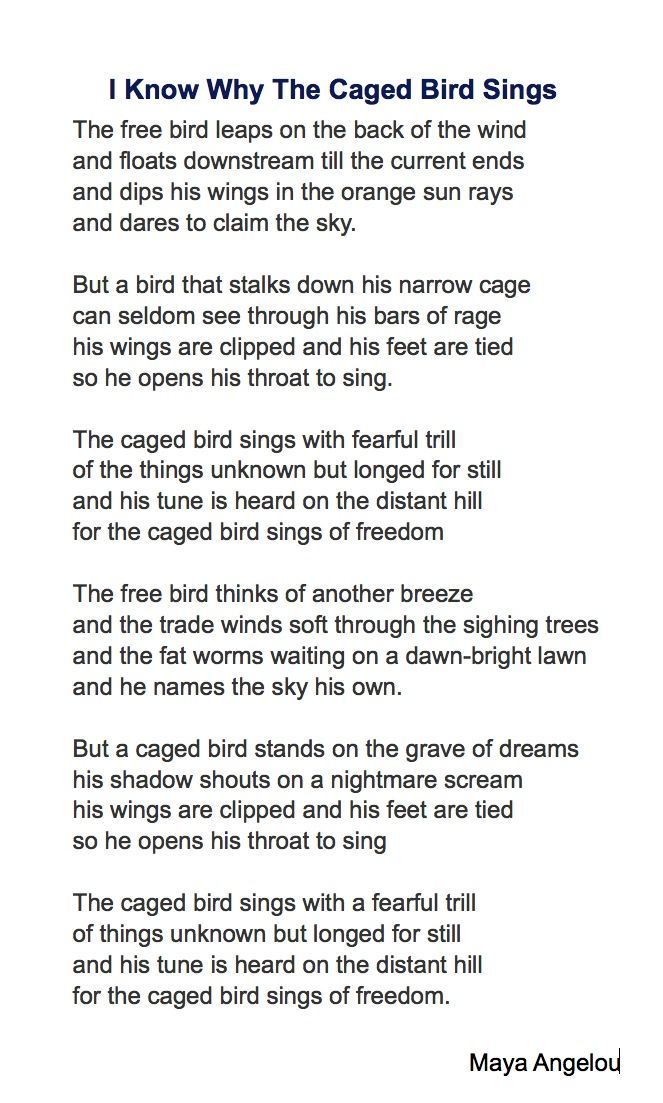 “Birds show us how to live.”

That thought popped into my mind some months ago and has been repeating itself there ever since. And by birds, I do mean birds in the wild. Not pet birds in cages. That should be fairly evident.

I don’t have anything against pet birds. I had one for a long time and she was a delight. 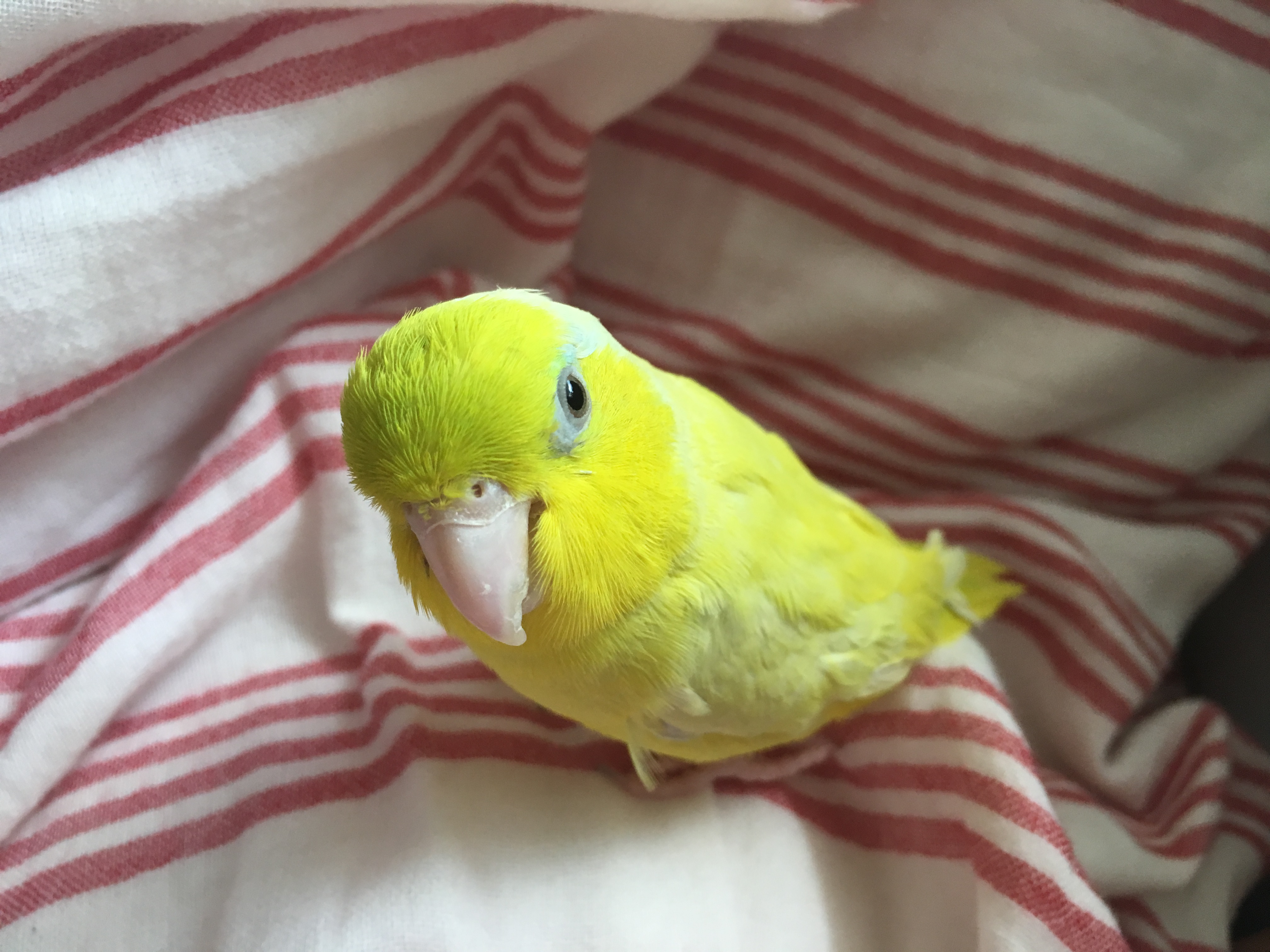 But she wasn’t wild. She came from a long line of birds taken from the wild–domesticated and bred for certain qualities. She was bright, highlighter yellow with little blue streaks by her eyes that only showed up in certain light. She was tart, affectionate, spunky, and mean and nasty by turn. She was tremendous fun to have around, adrenaline-inducing given her wide rainbow of moods.

But those generations of breeding had done a number on her. She was all bird, but something belonging to birds had gotten lost. She lacked some instincts and the ability to fly for long periods of time without becoming fatigued and crashing to the floor. It was comical and sad to see her aim for a perch, miss it by a foot, crash into the wall and slide down to the floor.

She wouldn’t have lasted a day in the great outdoors far away from the tropical climate her ancestors hailed from. She was a caged bird, and we all know instinctively that birds don’t belong in cages. They can survive there. They can live comfortably and safely in a cage. But they can’t live the life meant for birds in cage.

And I think that is the crux of the matter: Birds, living the way God intended, are free, and they show us that people ought to live free as well.

People want to be free.

Deep down, underneath the noise of everything else, that’s what they want. To varying degrees, of course. The more domesticated humans become, the less they want it. But it’s always there, even if it’s vanishingly small.

It shows up in our songs, in our books, and in our films. References to birds and flying and singing come at us from every angle. They are stand-ins for lightness, the best life, resilience, and this concept of freedom.

“Mr. Bluebird’s on my shoulder. It is the truth. It’s actual. Everything is satisfactual…”

“Oh, that I had wings of a dove. Then I might fly away and be at rest.”

“Fly me to the moon, let me play among the stars…

“Come fly with me, let’s float down to Peru! In llama land, there’s a one man band…”

“Blackbird singing in the dead of night…”

“Blue bird, singing a song. Nothing but blue birds, all day long…”

“Light as a feather…”

“Birds fly over the rainbow, why then, oh why can’t I?”

The problem is, most everyone’s concept of freedom, except God’s, is inadequate. (And, no, I won’t be giving the comprehensive definition of freedom as given by inspiration of God in Scripture. That would take more than a blog post.)

In my last newsletter (which you can subscribe to here) I asked my readers what Maya Angelou missed in her description of a bird’s freedom and I promised an answer.

Here it is. The free bird’s life is dangerous, brutal, and short. 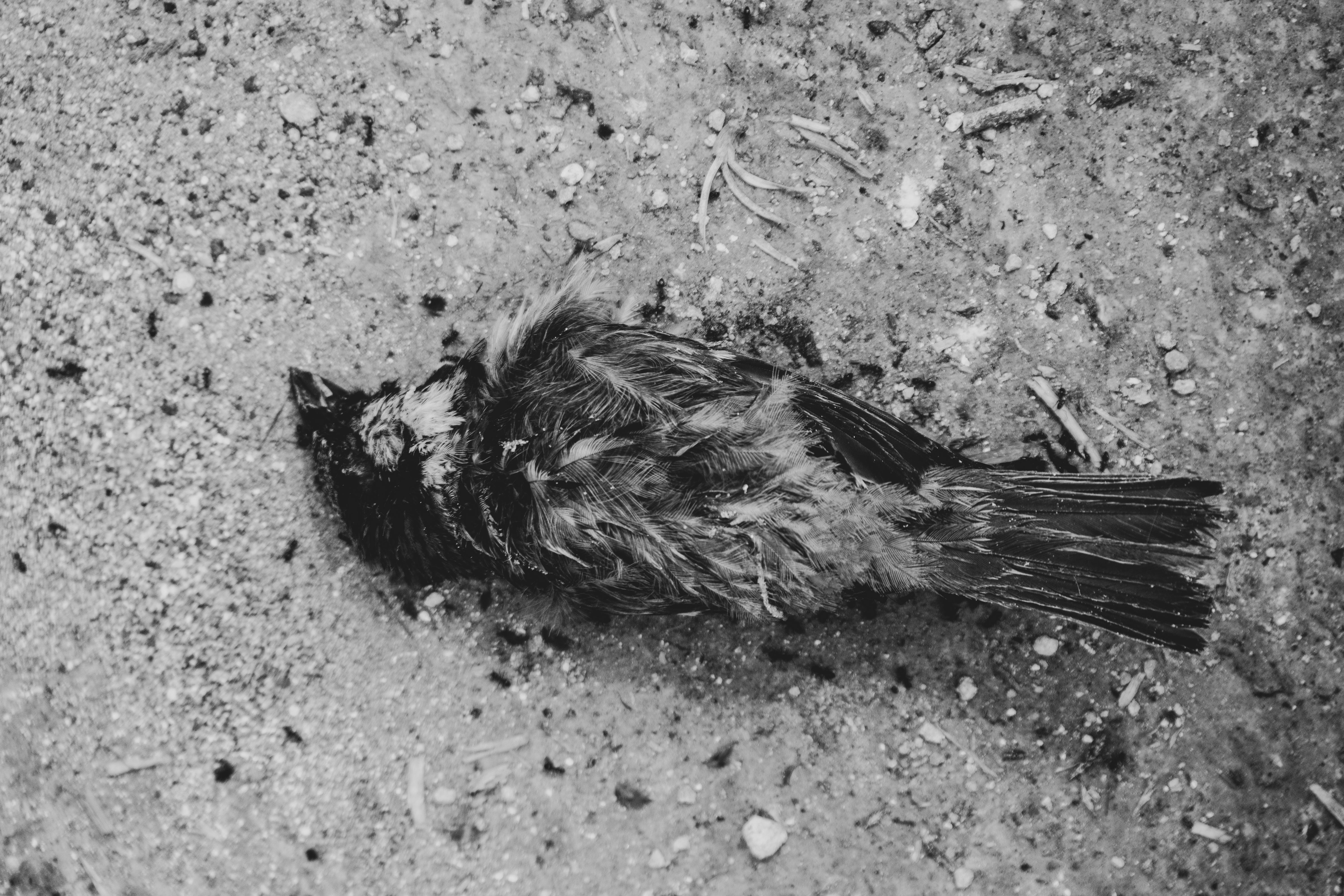 Birds live in constant danger almost every moment of their little lives. Danger from predators including other birds, danger and oppression from the elements, danger from disease. When they hatch, and something is wrong with them, there is no human to swoop in and keep a defective birdling alive. They just die. Birds are on high alert every waking moment.

Have you ever watched how their heads move at least twenty to thirty times a minute, maybe more? While they eat, they scan their surroundings looking for cats and snakes and competition, ready to fly off to safety at a moment’s notice.

If you listen to bird sounds long enough, you will realize that the pleasant backdrop of “song” they make is a language all its own. It’s warnings of danger. It’s mating calls. It’s territorial rants. It’s calls to attack. And, I hope, some of it is just to make music. (Perhaps that’s mere sentimentality on my part.)

No airplane in the sky can compete with the aerodynamics of a bird. But unlike a plane, a bird must be light as a feather to own the skies. This requires lightning fast metabolism Birds eat all the time, all day long just to keep body and soul together. Then they poop it out ten minutes later. The hunt for food never ends. They’re the first ones up in the morning. They always work. They never get a break.

And even with all this knowledge, they die by the thousands every day. They die between the jaws of cats and dogs. They die of diseases they have no defenses for. They kamikaze into glass windows and break their necks. Storms blow their nests out of trees and crush their eggs on the ground below. Their lives are far from easy.

But the most amazing thing about free birds is that…they carry on. They are delicate and easy to crush in so many ways, but they keep going in that stoic fashion that distinguishes the animal kingdom from us humans. They suffer many things and never complain.

All the above is what Angelou forgot to mention.

And another thing: The free bird sings.

It sings more beautifully than the caged bird ever will, because the free bird’s song isn’t just about easy pleasures or angry longing. It’s about the hard-won, hard-fought free life. Not the fight to become free, but the fight that is freedom. How anyone could listen to the song of a mockingbird as I just did not five minutes ago without a little thrill of delight is beyond my comprehension. In spite of its precarious position in the wild, the free bird sings.

The problem with freedom is that most people don’t understand what it really is and what it takes to live free.

It takes never-ending vigilance and the will and the ability to order your own life and sing through the catastrophe, joy, and danger.

What most people want is a bigger cage.

Big enough so that they can’t see the bars when they’re standing comfortably in the middle. They want a cage big enough to fly around in, where someone will come along and fill up their water and food bowls every day. Some people are so domesticated, that the desire to live free is latent. And if that latent desire ever met a spark of will, they would barely have the tools, the skills, or the knowledge to act upon it. The knowledge and skills have been bred out of them over generations until they are weak and dependent like my pet bird in her cage.

After all, it isn’t safer? Isn’t it easier?

Well, that depends on who is on the other side of the bars.

You see, free birds get eaten, without a doubt.

But so do chickens.

The safety and comfort of the cage is an illusion.

People MUST be free. Or they risk the atrophy of their very natures and the souls God breathed into them.

I am writing a book called 27, about a society that has reached the last stage of domestication. Peoples’ lives in that society are planned, ordered and run by a “benign” bureaucracy that is government, health system, and education system all rolled into one giant behemoth. No one can tell where one ends and the other begins. There are three main characters—one who has lived free and has been captured; one who was born into silent captivity whom a bird awakens to life and the will to live it; and the last who is living the good, safe, domesticated life and is raging in his cage without knowing why.

This imaginary society is us in about fifty years. No, not in every particular, but in every way that really counts.

My book is a warning.

Once a society gets to the last stage of domestication, it rarely comes back, and it usually ends in collapse. If we do not collectively wake up, we will continue along the easy path to domestication and destruction. I beg you all not to let this happen.

No matter how domesticated you are, don’t let that desire to live free die. Sing like the caged bird, even if you don’t quite understand what you’re singing about. Learn, grow, be curious, ask questions, don’t acquiesce to things that make no sense, and your song will become more true. You were born to be free. Not just free to do as you please, but also free to be strong and courageous, to face down certain death and take risks, to live to the full.

Don’t let anyone tell you otherwise.

And one last thing: Birds don’t build cages. People do.

Quite often, the keys to our own cages are held in our hands. Even if they aren’t, we can always try to escape. The point is, even if the choice is between captivity or the possibility of death or some other pain inflicted upon you by an outside source—you still have a choice. We always have a choice.

Angelou’s poem will get quoted in my novel because it is true, even if one part hasn’t been told. So, it seems only fitting that I close with a wholly true poem about a free bird. This is what I wish for all of you. 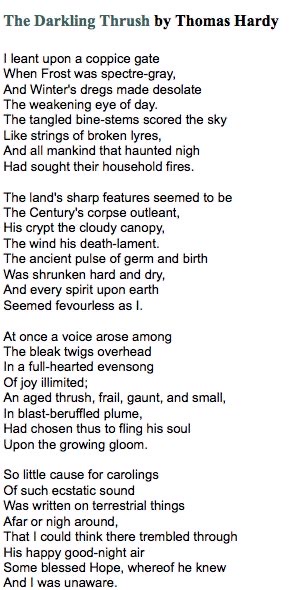