All Made Right--First Christmas in Heaven

I love December. I love the whole Christmas season and always have. This particular Christmas is tinted with memories of my dad now gone. 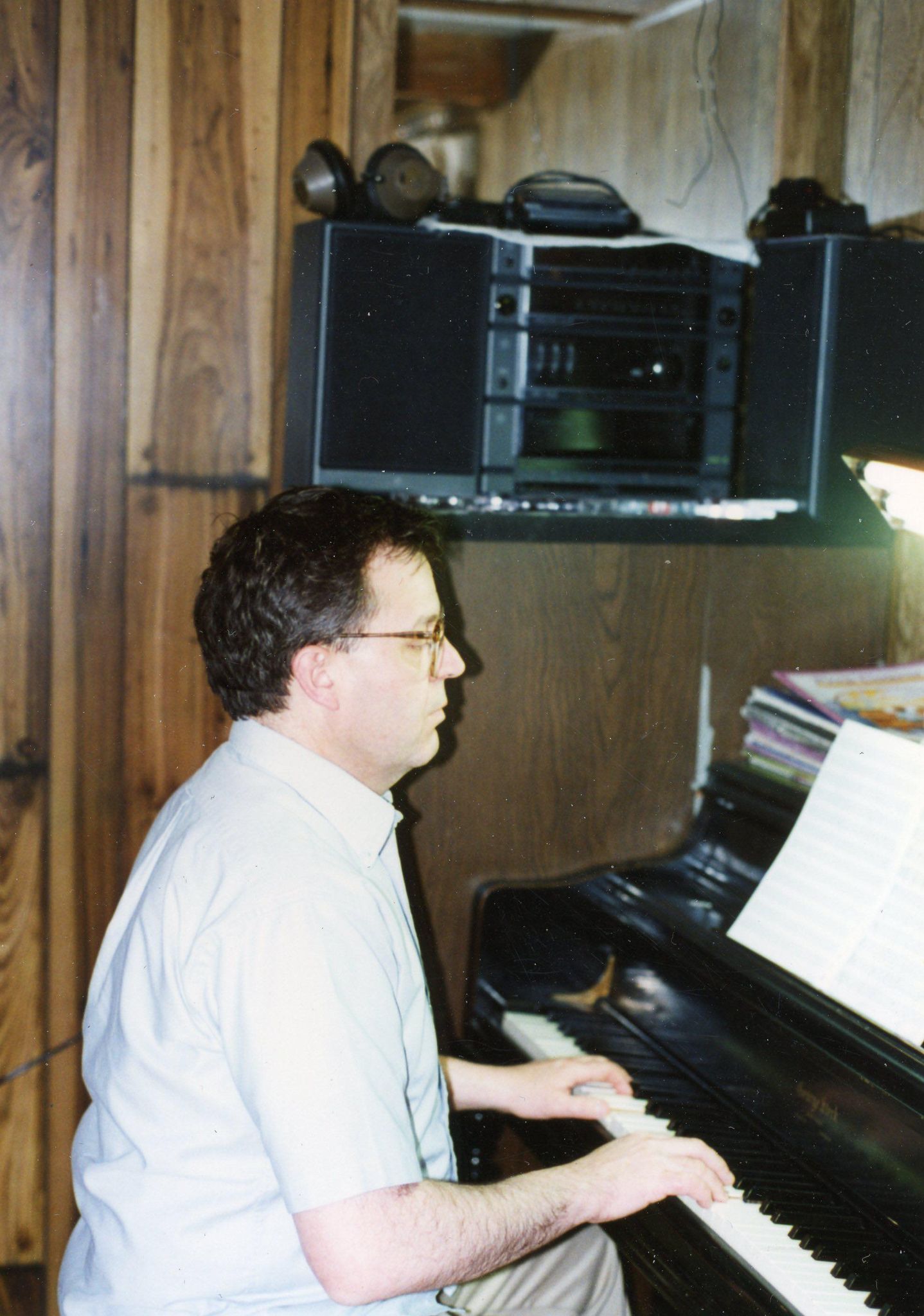 My brother has written a song which he will release on streaming platforms on December 24. It’s about our dad and it’s called First Christmas in Heaven. Short, to the point, lovely and hopeful, it’s gotten me thinking about Christmas and Dad. There is a lot of unspoken back story to the song. I thought I’d write it, so you can see and understand.

I faced the possibility of my dad’s death at the beginning of this year…again. It had happened a few other times. Once as a child when a mysterious illness (lupus) struck him down. Once when ambulances came in the middle of the night heralding a heart condition that would worsen over time. Once more when he nearly had a heart attack. And again when a heart valve replacement went bad. But this time, God really did take him.

I had such peace, so many tears, so much joy. The joy part probably sounds strange. Like I’m glad Dad died or something. I am. I’m not. Strange to put death and joy together.

Joy is such an overused, misused word. I won’t belabor its misuses. But when I experience joy, it’s usually a combination of getting past the surface level of a truth to truly understanding it combined with involuntary tears that send me to my knees, literally or figuratively, in worship of God. I don’t have any conscious thought in the moment–“Oh, hey. I’m worshiping right now.” It just is. It can’t be fabricated or repeated at will.

When I woke up that morning to the news that dad had died at midnight, it took perhaps just a few moments for the realization to hit me. “Dad is alright now. He’s not struggling. All those things that were not good are made perfect. Everything between me and dad is alright.” So much joy.

If my dad had not been God’s child, none of those things would be true. But he was—an imperfect, flawed child with plenty of his old nature left to trip him up.

He was such a good dad. He was so tenderhearted. Couldn’t stand to see his kids down with fevers, getting up in the middle of the night to administer Tylenol at the least sign of one when we were sick while my mom fussed at him to let the fever do its work. As I got older and my own health issues woke me in pain at night, he always got up and checked on me when he heard me stirring around the house. He never did sleep well. 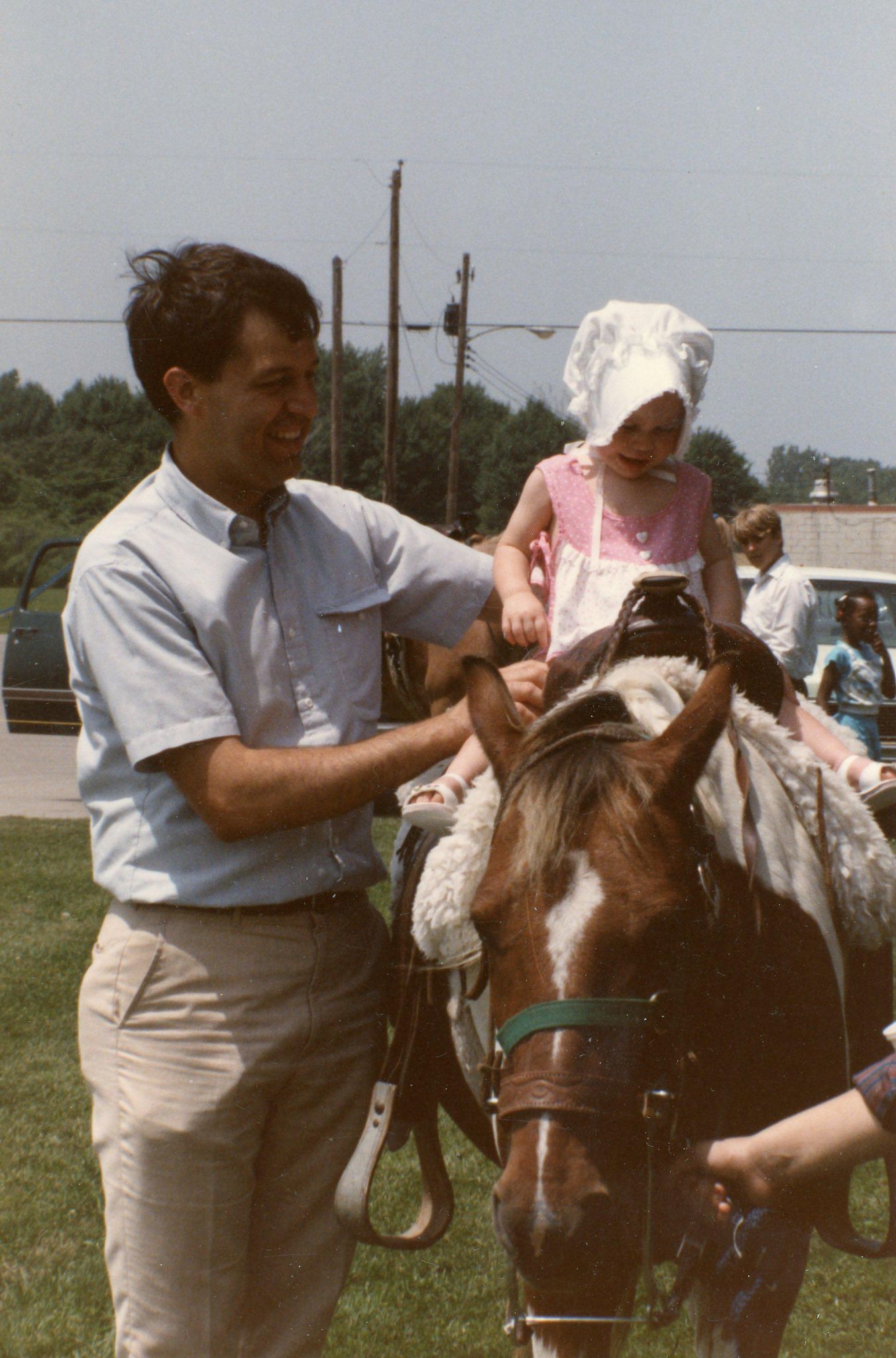 He loved Christmas. We didn’t have much money at all, barely enough to pay the bills, but he made Christmas fun. He’d go to the store and buy little odds and ends to put in our stockings–things that were not expensive or glamorous—and make them special by wrapping every single item, even a little pack of gum or a brick of peanut brittle.

When I went through my doubts about my faith, he stayed up talking with me countless nights until 1:00, 2:00 in the morning trying to help me. He cried tears of joy when I finally had a breakthrough and started putting those doubts to rest.

He was so proud of me, it was almost embarrassing. “Have you read my daughter’s book?” he’d ask complete strangers, handing out business cards with my book info on them that he had printed himself. “Have you seen the movie my kids made?” He took it upon himself to spread my blog posts all over kingdom come, even emailing them to old school chums.

He opened his Bible every day, sometimes twice a day, to teach the whole family verse by verse. He taught me how to sing. He got up at 4:00 in the morning to pray for us for hours. I would often wake up and hear him.

Dad LOVED kids and each new grandchild he welcomed with excitement and pride. And they loved him. 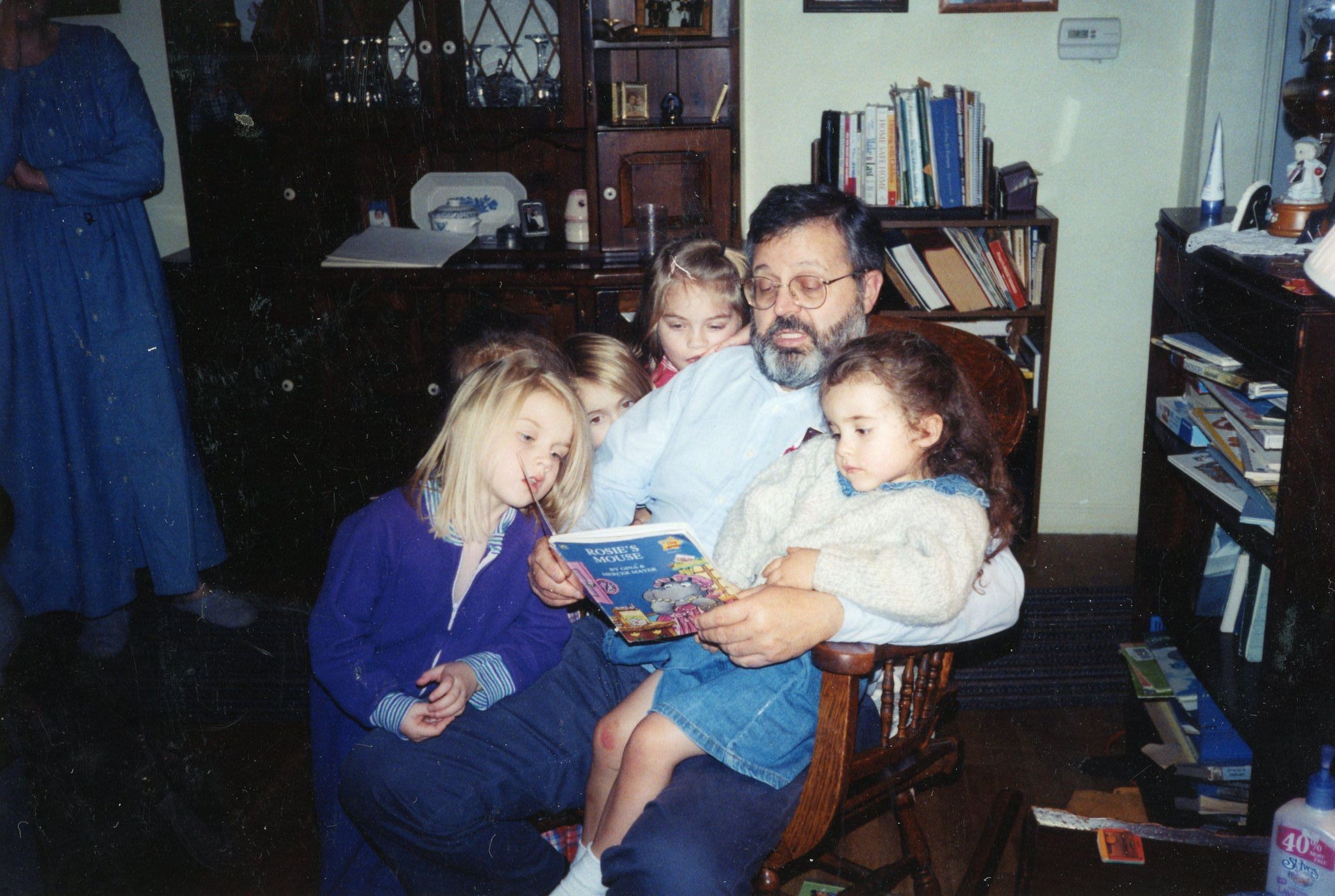 He was happy and relieved and thankful when Jonathon and I called him up to tell him I’d said, “Yes.” So happy to know that I was going to marry a good man, to be loved and taken care of in just the way he prayed I would be.

But no good dad is a perfect dad. There were things he did, decisions he made, ways of relating, a style of authoritarian parenting that hurt me and had long lasting effects which I have had to come to terms with, acknowledge, and move on. Things that stunted my growth as an adult, contributed to my anxiety, inhibited decision-making skills. I was always the most compliant child and my dad and I rarely argued. But the times I did, the times I felt I had to stand up for my own autonomy as an adult because I was not a child anymore, we had such rows. Painful. I felt that he could not hear me. I could not make him see and understand, and I could not be free to make decisions as an adult and face the consequences of those decisions unless I put some distance between the two of us. So, I moved away.

It was difficult, painful, disorienting, and overwhelming trying to figure out where Dad’s strong personality ended and where my personal convictions began. But while I waded through all of that, God impressed upon me through His word to reject any bitterness in my heart and forgive even though no apology was coming. How can you apologize when you don’t realize you’ve done wrong? In the meantime, we continued to chat on the phone at least twice a week, visit back and forth, collaborate on music, and we loved each other imperfectly as human beings are wont to do.

God began to change Dad those last ten years of his life. Soften him, humble him, winnow away those remaining faults. Until one day, Dad asked me out of the blue, “Was I a good father to you? Was there anything I did that hurt you?” And I am ashamed to admit that I completely chickened out. I lost my courage and could not bring myself to tell him anything specific, even vivid memories of our rows. I was afraid he would hear what I had to say and then not recognize the wrong or that bringing it up would lead to another argument. Or that what I had to say would crush him. I think I said something like, “You weren’t perfect, but you were a very good dad to me,” and brought up examples of good memories I had. I guess only God knows whether I did the right thing or not.

But sitting silently in my house last July, processing the news that Dad had died, I suddenly knew that the niggling fear I had done something wrong–in light of what my dad was now seeing, feeling, thinking in heaven–was irrelevant. Everything was put to rights. Everything was as it should be. There was nothing out of place between Dad and me.

The moment he closed his eyes and made that blink of an eye trip to the presence of Jesus, the one who created him, loves him, died for him—all that could hold him back from seeing everything clearly was gone. In the presence of the One who has known that Dad was infinitely worse than he thought he was and loved him infinitely more than that, Dad finally saw perfectly.

For now we see through a glass, darkly; but then face to face: now I know in part; but then shall I know even as also I am known. I Corinthians 13:12

All of the physical pain—gone. The last vestiges of pride—gone. Defensiveness—not necessary anymore in the presence of perfect emotional and spiritual safety. Misguided beliefs clung to out of the fear of lurking danger should he let them go—immaterial. All that remained of sin melted away and the only thing left was Richard Barber being exactly who God created him to be with nothing left to ruin him.

When He talks of their losing their selves, He only means abandoning the clamour of self-will; once they have done that, He really gives them back all their personality, and boasts (I am afraid, sincerely) that when they are wholly His they will be more themselves than ever. – C.S. Lewis, The Screwtape Letters

And I know that if Dad could suddenly be transported out of God’s presence to see me for five minutes, he would say, “Amanda, would you forgive me for…” I would say, “I do, and I already did. I love you, and I can’t wait be there with you.”

I have no grief. It’s gone. There is missing him and happy memories. But mostly, I am so happy for him.

I can’t say that the next grief will be like this. Every grief is different, but I am so grateful for this one.

If I were to have you remember one thing from this story it is this: Have patience with your parent’s failings. Love covers a multitude of sin. Don’t give way to bitterness. It devours and poisons whatever’s left. God can change people. I’ve seen it done. Let Him change your parents and love them while they change. Cooperate with God while He refines you. We are not meant to stay the way we are.

We all have blind spots. God can work through you in spite of them because He is God. Yes, and your kids will see that someday in spite of your blunders.

How do I know all of this? Why do I have such certainty about the character of God, God’s work in His children’s hearts, and the final glittering transformation of physical death into eternal life for the child of God?

And that is precisely what Christianity is about. This world is like a great sculptor’s shop. We are the statues and there is a rumor going around that some of us are some day going to come to life – C.S. Lewis, Mere Christianity

On December 24, do look for Justin Samuel Barber’s song, First Christmas in Heaven and have a listen. You’ll be glad you did.