This morning, I got the call that Dad had passed away last night before midnight.

The last six months began with sudden hearing loss, a discovery that heart surgery was inevitable for the second time, every complication imaginable, a prolonged hospital stay of over two months, and a return home—greatly diminished and crushed in mind and body.

When he finally coded last night on the way to the hospital, the paramedics were able to resuscitate him but he had to be put on the ventilator again. We all knew that he wouldn’t have the strength to fight for recovery after a third stint on a ventilator. Laying in bed last night, Jonathon and I prayed that God would please let him go and end his suffering. About an hour later, he passed away.

So ends a life of integrity, illness, music, human foibles, insane talent, suffering (physical, mental and emotional), and purpose. Watching all of that, I learned much. I believe, of all four kids in our family, I am most like my dad. I’ve inherited, by watching and learning, many of his strengths and many of his weaknesses. God has taught me so much in all of it.

From there, the Vietnam War turned him into a determined pacifist. When others dodged the draft, he went before the draft board and made his case. He did alternative service at the Boylan Haven Mather Academy in Camden, South Carolina and served as an orderly at Henry Ford Hospital in Detroit, studying pacifism all the way.

It was his intense study of pacifism that led him to “Conjectures of a Guilty Bystander,” by Thomas Merton, a Trappist monk. And it was this Trappist monk that planted seeds of doubt in his atheistic framework. Slowly, he reexamined Christianity and found, to his surprise, that its claims were true. He was never the same again. 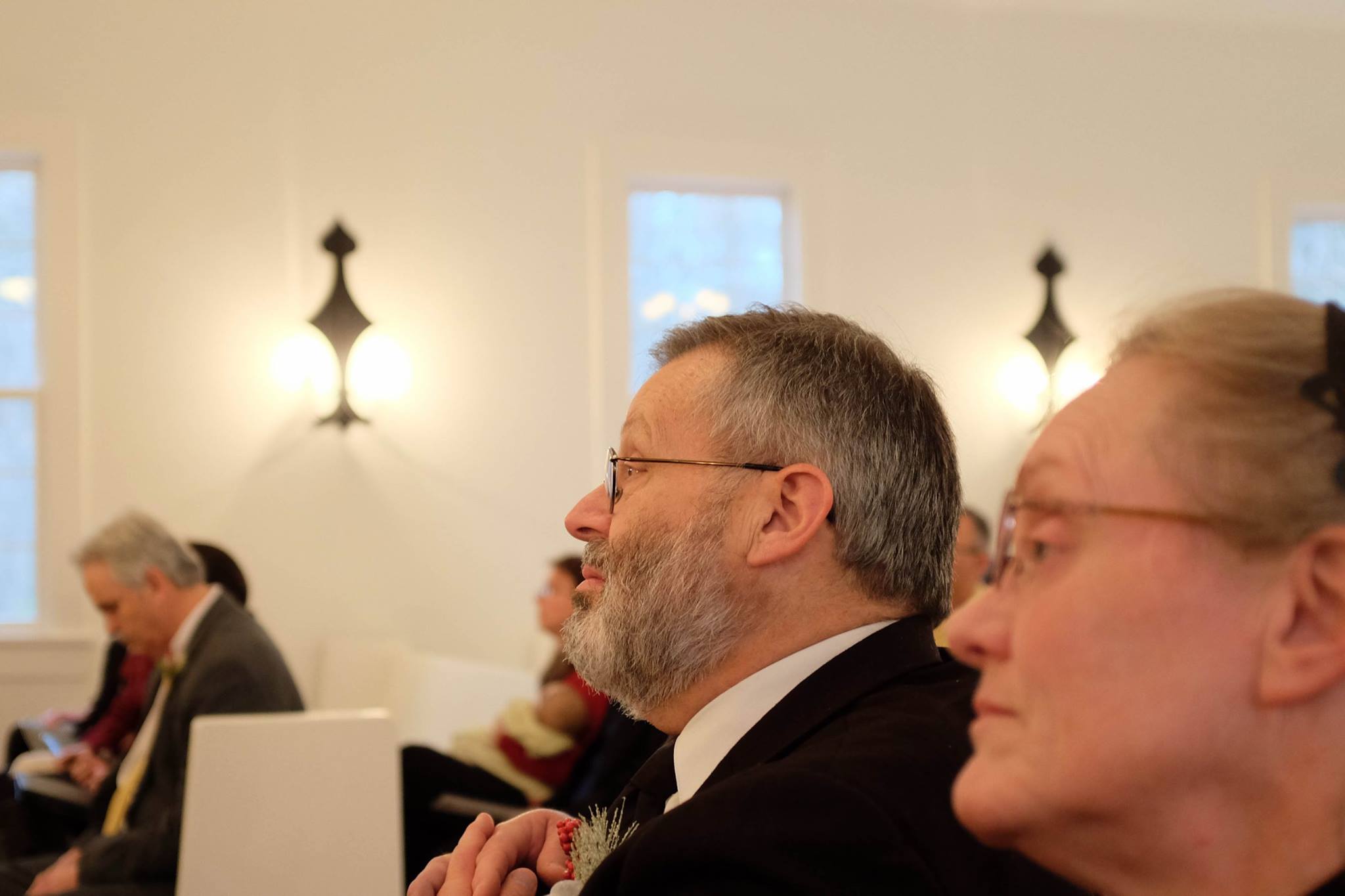 For lack of good mentors in the church, Dad muddled his way through his Christian life, earnestly trying to live in obedience to God as a husband, father, teacher, pastor while suffering through the good, bad, and ugly of Christian teaching as well as suffering bad health as a result of lupus and the toll that took on his heart. He made many blunders on his trajectory of ever-increasing obedience, but his heart’s goal was always to pursue the truth, to find out what God wanted of him and to give it.

This drive to live by truth and not lies, to search for the best, purist most beautiful version of everything so that it matched the character of God…this was the theme of his life. It powered his singing and the music he wrote for all of us to enjoy. It was the force behind his teaching, his parenting and his relationship with my mom. 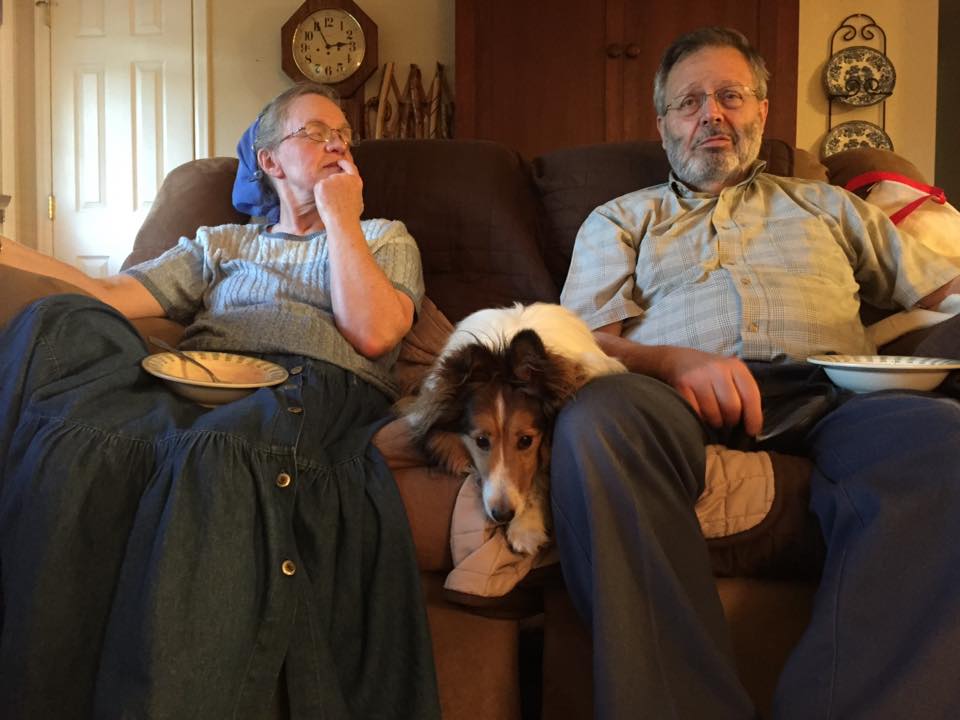 Dad never coasted. He never folded his hands and let the madding crowd decide which way to go. He never stopped thinking about truth, about God’s Word, about theology. He engaged with hard questions and studied the Scriptures for answers to them. He made decisions on conviction. It was not enough to learn what God’s Word had to say, but he would frequently upend his entire life to make it align with what those truths revealed, no matter what it cost.

If it meant leaving a teaching position to move his family into his parent’s house to take care of his ailing parents and flipping hamburgers at McDonald’s because that was the only paying work he could get at his age, he did it. The Bible was clear. In his mind, to do anything less was disobedience. That was the single most impactful decision my dad made for me. I have never regretted that move, and the ensuing ten years of living with my aging grandparents has deeply influenced my thinking on how we, as Christians, should care for our elderly. 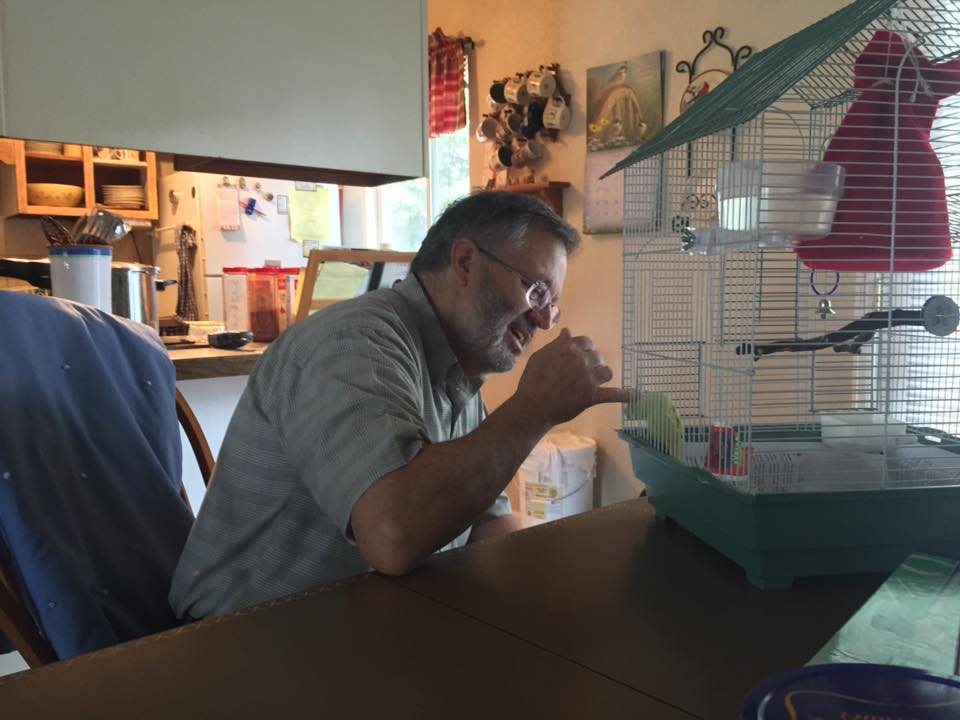 But as is often the case with great strengths, this drive in my Dad to engage with hard questions, to understand God’s Word in every particular, was also his great weakness. And somedays, it brought him very low.

Last year, my dad set a poem of John Wesley’s to music. “Loving Jesus, Gentle Lamb” is one of his masterpieces, in my estimation, written for the children of High Country Baptist Church. It is an anthem for the last eighteen months, if there ever was one. You can listen to it here.

In thy gracious hands I am.

Make me Savior what thou art,

Live thyself within my heart.

I shall then show forth thy praise,

Serve thee all my happy days.

Then the world shall always see,

Christ, the Holy child, in me.

I have noticed in myself a tendency to write about the things I struggle to grasp the most as a way to grapple with them and understand. And as this tendency is an inherited one, it is not surprising that these lyrics captured my Dad’s mind.

He did so want to rest in the gracious hands of Jesus, but it was so very hard. His drive to understand and know the truth often led him to perseverating on unanswerable questions. It led to an intolerance of uncertainty which led to attempts to control circumstances so that there could be certainty.

He was often depressed and afraid. Though he knew God was good, many times he struggled to believe that God was good to him. In his earnest desire not to delude himself with happy lies, he often overcompensated by believing unhappy ones. Even when all evidence led someplace good, he could not see it. It could often be difficult for us to live in the same house with Dad for these reasons.

And yet…in the last six hours or so, since the news of my Dad’s passing broke, I have been inundated by calls and Facebook comments and messages and texts by people my Dad’s faith has touched. “I learned so much from him…” “His faith was evident in his children…” “What a testimony of faithfulness…”

In spite of all his flaws and weaknesses, Dad’s great wish and desire has come true. The world has seen Christ, the Holy Child, in him. Because it is in spite of our weaknesses, or even perhaps because of them, that Christ makes himself known through those who want Him to be seen.

God has done this in my Dad’s life because He is good and kind, and He is love. And to anyone whose failings, past sins, and inadequacies make them wonder what mortal good they are to anyone, much less God, please don’t forget this. God delights in shining His light through all of our cracks. He is the one who shows Himself, after all. Not us.

Dad’s struggle is finally over. I, my family, and all who have known my Dad have to continue our struggles. We are, in a very real sense, his spiritual offspring. We can keep building on the foundation of faith that he laid, while learning from his mistakes. Or we can coast and float. We can contend for the truth, or shrug our shoulders and give up trying. We can seize control when the answers to hard questions are not readily apparent, or we can hand those unanswerable questions to God and rest in His hands and wait for the answers if and when He deems it best to give them. I know what I want to do. God give me the grace to live it.

“Weeping may endure for the night, but joy cometh in the morning.” It has been a long night. Some mornings you wake up with great expectations and hope.

Praise for them springing fresh from the world.

But often, things happen to tarnish the morning and all the promises it offered. Doubts darken, pain oppresses, fears terrorize. Today is my Dad’s morning and nothing will tarnish it. Doubts are gone. Pain is no more. There is nothing to be afraid of. God has, with His own hand, wiped away his tears. All is well. The morning is Dad’s to stay. 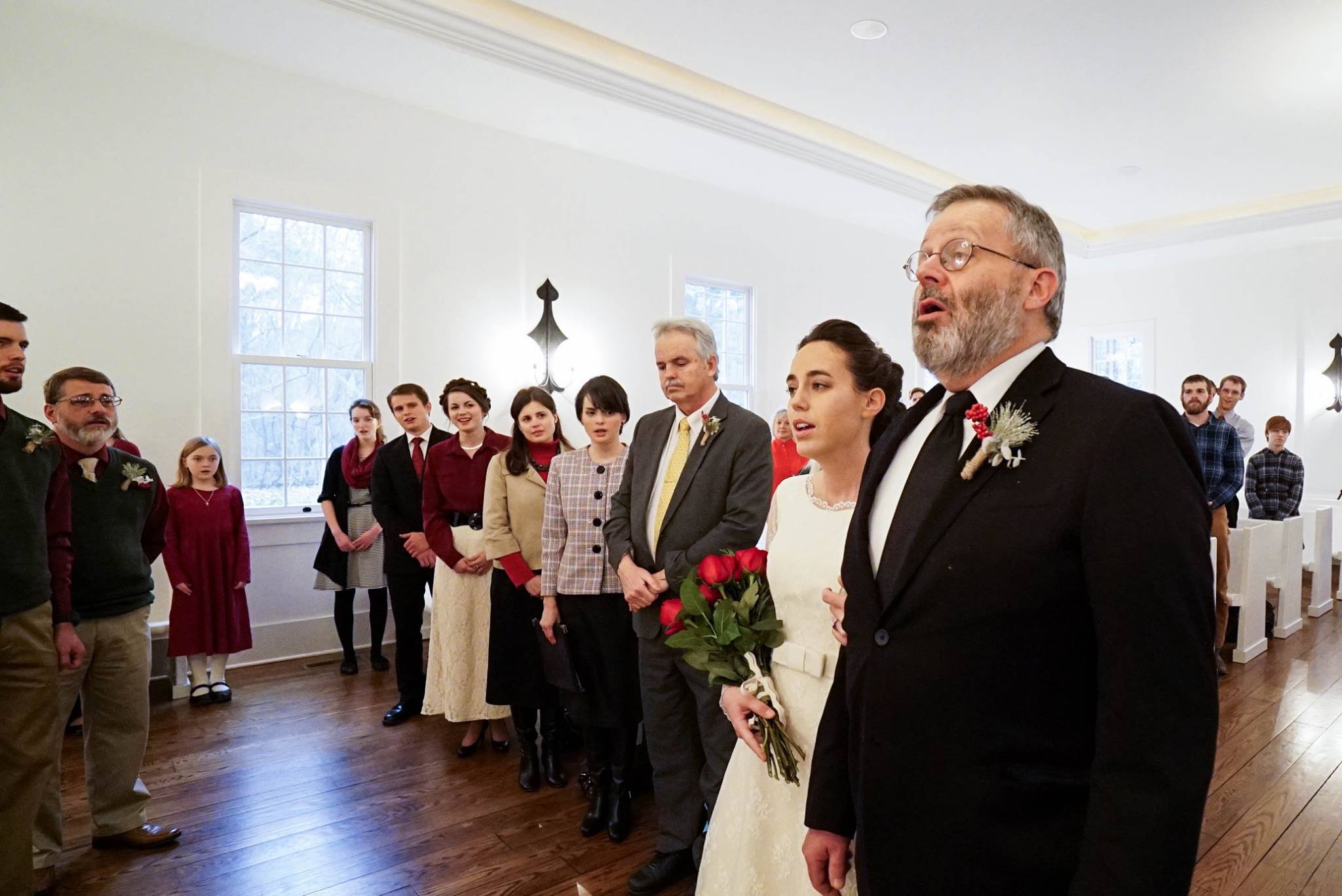